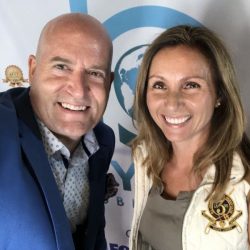 The Best You Legacy Club Carlsbad

Michael D. Butler Specializes in helping Legacy Club Directors and Members in book publishing.
Tatjana Omanovic knows what it's like to experience stress. She settled down in Carlsbad, CA to raise 4 sons and inspire greatness in others.

Most proud of his 4 grown sons and 2 grandsons, Michael D. Butler has been called a Book Launch Expert by his competitors and his fans.

After starting Beyond Publishing just 20 months ago his team has published over 130 titles by 60 different authors on several different continents and that includes over 100 “Best-Sellers.””

Brian Tracy, America’s Premier Business Expert says, “Michael’s team is exceptional at what they do and are some of the best in their space working with Authors.””

Some of Michael D’s past and current clients are: Chubby Checker, Les Brown, Jr and Forbes Riley.

Beyond Publishing’s Authors have seen 2 movies get funded and win 27 film awards.

Butler’s greatest passion is seeing stories become living legacies as Author’s take to the stage and create their future with their book, their workshop and their life movie.

This year Butler will speak in 12+ countries.

Tatjana Omanovic was born in Hamburg, Germany. She grew up in Serbia while it was still part of the Socialist Federative Republic of Yugoslavia.

Life under communism was hard, and made harder by the specter of looming civil war. She became intimately familiar with stress and deprivation at an early age, and sought a way to a better life. She heard about a place called America…

Overcoming repeated rejections, she immigrated to America at age ##, enlisted in the Marine Corps, and retired a Gunnery Sergeant after 20 years of service to her adopted home. She settled down in Carlsbad, CA to raise 4 sons and inspire greatness in others.

Tatjana’s continuing education is focused on psychology and the human mind. Her greatest joys are found in learning, teaching, and inspiring others to be their best selves.

As an unconventional business coach, Tatjana uses her unique skills to quickly “recalibrate and jump start” both individuals in their personal affairs and entrepreneurs in their business efforts.

As the Co-Founder of The Best You Legacy Club in Carlsbad, CA, Tatjana is excited to partner with Michael D. Butler and offer a complimentary personal assessment to members to find their “happy place” in business and in life.

We use cookies on this site to enhance your user experience. By clicking on any link on this page or simply navigating on it, you are giving your consent for us to set cookies. More information in our Cookie Policy.