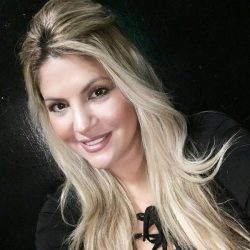 Cindy Villarreal is a former Dallas Cowboys cheerleader, a former Dallas Mavericks' dancer, and a NFL Executive who served as Director of Entertainment for the Houston Oilers Entertainment, Inc. where she also served as the Director and Choreographer for the Houston Oilers' Derrick Dolls. She has been a consultant to many professional organisations including NFL and NBA and is currently pursuing her own network, Cheer Channel Inc.

Cindy began her career as a Dallas Cowboys cheerleader in 1988 and was selected as a rookie and veteran for the Show Group, a promotional and touring squad within the organisation.

She is also credited for creating the first professional cheerleading and dance squads in pro sports with major franchises in the United Kingdom. She has written business plans for sports franchises, represented athletes, restaurants, musicians, and charities around the globe. Some of her clients have included the NBA, NFL, British Soccer Team, Super League, Gladiators (TV Show), the Offshore Super Series, the United States All-Star Federation and International All-Star Federation, and individuals as NFL player Chris Houston, Hall of Famer Ted Ginn Sr., The Lord Mayor of London, and Sir Richard Branson, London business giant and owner of Virgin Entertainment. Cindy has directed entertainment bowl games for the NFL and the Offense-Defense All-American Bowls.

Cindy’s book, “The Cheerleader’s Guide to Life,” was published by HarperCollins in April 1992, a deal struck by her agent, Jeff Herman Agency. Her book hit the bookshelves in February 1994 and included a ten city book tour. The work was named one of the best books for teenagers by the New York Public Library in 1995. This work is also honored in the College Football Hall of Fame for Cindy’s “dedication and success as a role model for the youth of America,” as said by Bernie Kish, President.

Cindy has been featured in numerous newspapers and magazines including Vista Magazine, Cosmopolitan in the UK, the Daily Mail and the Houston Chronicle. In 1990, “Hispanic Business Magazine” named her as one of the “Top 100 Most Influential Persons in America.” Other winners of this award were the Secretary of Education of the United States, the Surgeon General, and the Chairman of the Banking Committee.

Villarreal founded the first digital media network for the spirit industry, Cheer Channel Inc. in 2009 after perceiving a gap in the niche markets for cheerleaders. Cheer Channel is the #1 independent online television network for the spirit industry and specializes in original content and branded promotions. Lance Robbins, former president of Saban Entertainment is president of the network since 2010.

We use cookies on this site to enhance your user experience. By clicking on any link on this page or simply navigating on it, you are giving your consent for us to set cookies. More information in our Cookie Policy.